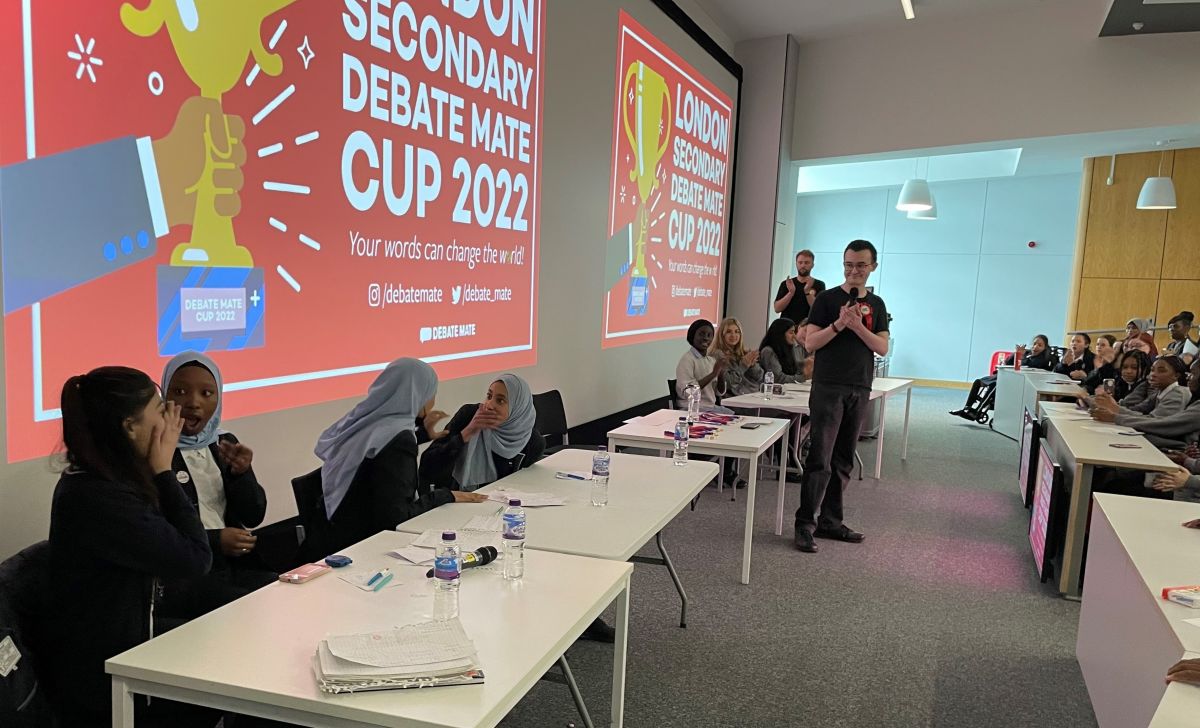 We were delighted to attend the third London round of their 2022 Secondary School’s Debate Mate Cup and see the students demonstrating their skills first-hand.

Read below to learn more about Debate Mate, the competition, and Bukola’s experience as a previous participant and current mentor.

Debate Mate aims to tackle educational disadvantage by running extra-curricular debate workshops for 9-18 year olds. These workshops help students to ‘increase speaking and listening attainment and improve a range of high-order thinking skills such as confidence, teamwork and leadership.’

Students gain and develop these skills through either one-hour afterschool clubs or tailored sessions for specific students identified as being disengaged with education. Both of these methods employ a peer-to-peer teaching model where specifically trained older students deliver the sessions.

We’re delighted to have awarded £31,000 to Debate Mate this year to help a targeted 196 state school students participate in these programmes and we were very excited to go see the third London round of the Debate Mate Cup in person. 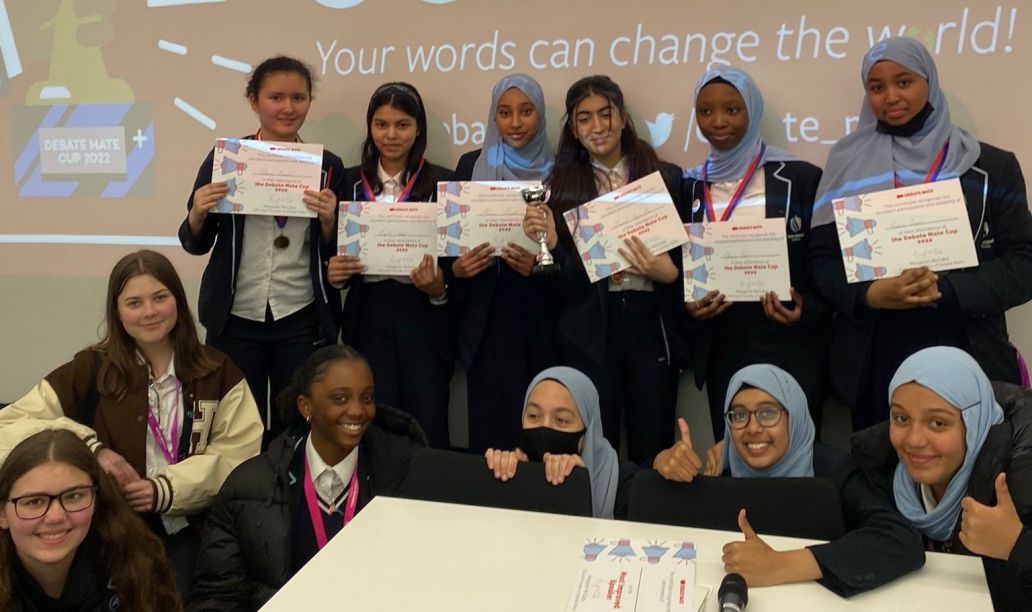 Taking place each year, the Debate Mate Cup is a competition where 12-16 year olds nationwide participate in debating rounds, with the finalists of each regional competition debating until one overall winner is crowned. The London portion of the competition consisted of four different rounds, with over 350 students competing on the day we visited.

Students debate both pre-prepared and un-prepared motions across several different rounds, including statements such as whether sports personalities should declare their opinions on key social issues and if AI should be used to make political decisions.

Each round was graded based on style, content and strategy and the two top-scoring teams of the day competed in the final: Newham’s Sarah Bonnell (arguing for) and Westminster’s Grey Coat Hospital (arguing against). Both teams had 15 minutes to prepare to debate on whether we should create and enforce a universal language.

The teams debated excellently in front of an auditorium full of other students and following a tie in the scores, the judges voted 2-1 in favour of Sarah Bonnell winning the overall competition of the day!

We greatly enjoyed watching the final debate and were very impressed by both team’s professionalism, confidence and spirit. 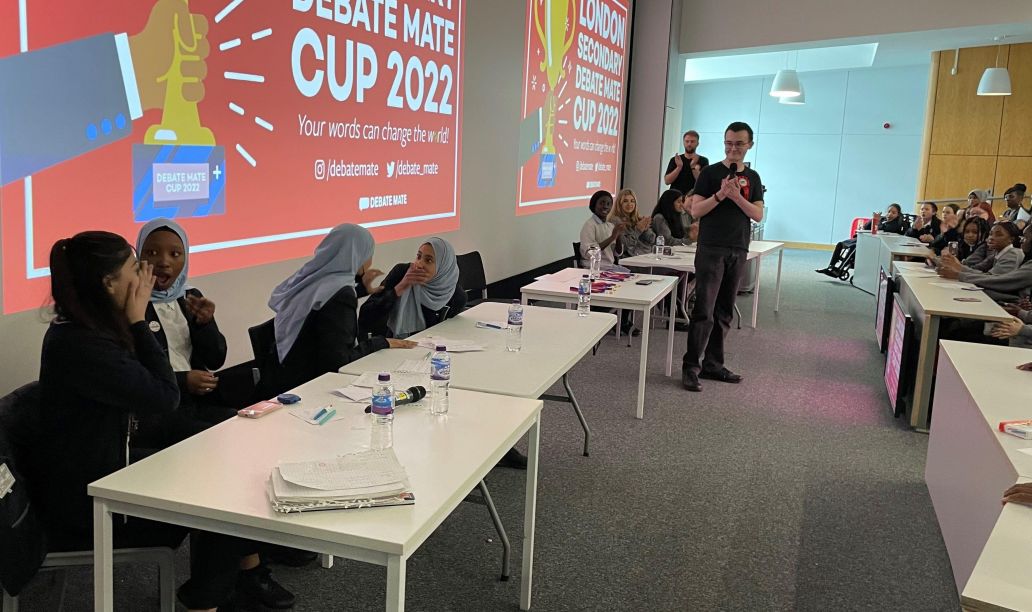 Image caption: The moment Sarah Bonnell was announced as the winning team 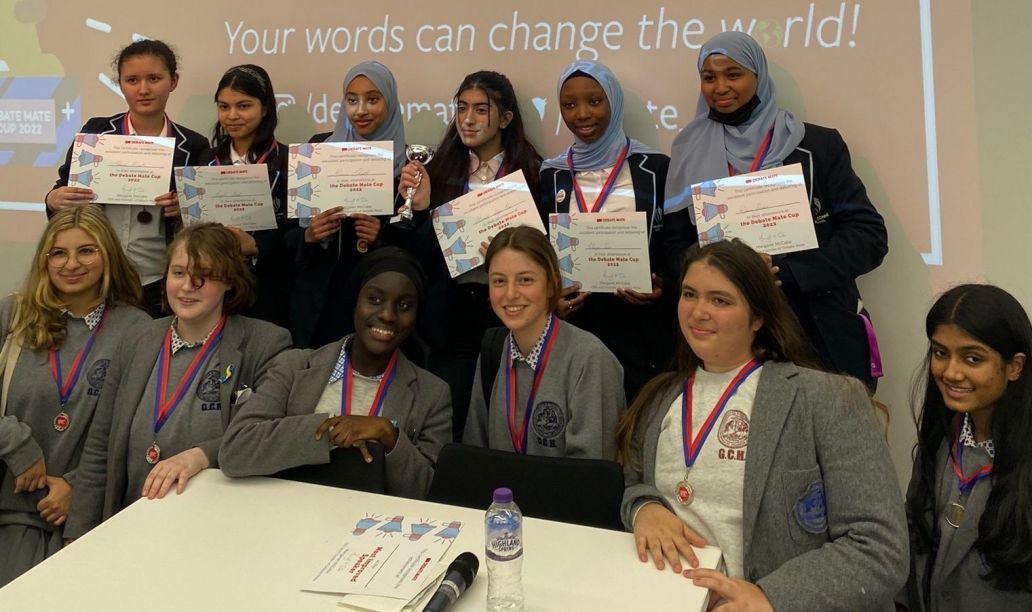 Alongside watching the competition unfold, we were also able to speak to Bukola – an upper-sixth student at Robert Clack and one of the youngest Debate Mate mentors on the graduate school programme.

Having reached the Urban League final themselves, Bukola now runs the Debate Mate club at their school and helps to judge the different debates in the competition – including the final debate in the round we attended.

Bukola shared with us their experience as a previous participant of the programme and explained what difference it made for them.

‘A lot of the time people put labels and constraints on you and in school I was labelled as the naughty child who would always do things wrong in lessons. Debate Mate gave me a choice to decide my own narrative and to say I’m not a naughty child – I’m very opinionated, but I’m not naughty and I am allowed to voice my opinions. It gives you the power to speak, be heard and feel valued’.

Bukola shared that Debate Mate also gave them the chance to build their confidence and develop as a person, as they were able to meet and build a supportive ‘network of people’ and ‘have so much fun’.

Debating provided Bukola with many transferable skills that have helped them across several different areas of their education. For example, in A-level history ‘I was able to have more nuanced essays and create my own perspective, as you have to weigh up and assess different arguments and debate changes the way you think about things and allows you to analyse them in a new manner’.

As a mentor, Bukola is now able to see the impact of Debate Mate on others first-hand, particularly when it comes to the positive impact of representation. ‘Some of the kids have come up to me after speeches and said they’re really happy to see a black woman that looks like them, has dark skin and is ready to talk and able to. Having and becoming a role model is an invaluable thing Debate Mate has given me.’ 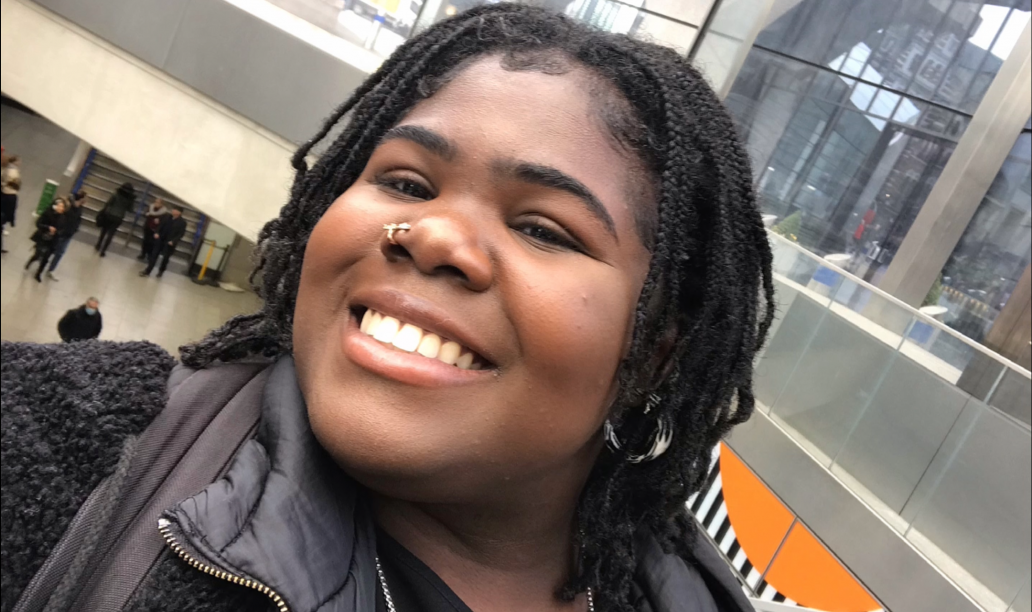 We loved attending the competition last month and were delighted to see so many students debate so enthusiastically and to hear about the important and influential difference the programme makes for young people.

We’re very proud to be supporting Debate Mate and look forward to attending another competition soon!