The Portal Trust has awarded London College of Fashion (LCF), University of the Arts London (UAL) a grant of £4 million towards its social responsibility activities and construction of a new campus located at East Bank, Stratford. This week, Richard Foley and Denise Jones were delighted to attend a 'Topping Out' ceremony for the new building, celebrating the completion of its shell.

To mark the occasion, rather than traditionally placing a final stone or brick, a selection of beautifully stitched banners were unfurled by the participants of Making for Change – LCF's fashion manufacturing programme located in Poplar Works. The banners represent values of inclusivity, collaboration and authenticity alongside the themes of sustainability, community, and accessible education for all. They encapsulate the heart of LCF’s community and represent London College of Fashion’s ethos of shaping livesthrough fashion.

Both President and Vice-Chancellor of UAL, James Purnell, and Head of London College of Fashion and Pro Vice-Chancellor, Professor Roni Brown, spoke at the event. Guests, who were amongst the first people to see the new campus, included the Mayor of Waltham Forest, Councillor Elizabeth Baptiste.

Designed by architects Allies and Morrison and constructed by Mace, the new building stands at the heart of the new East Bank development. At a lofty 85.5 metres in height, the new campus will be UK's tallest Higher Education building and bring all six of the college's sites under one roof.

LCF's new neighbours will include the V&A, BBC, Sadler's Wells and UCL, and the project is central to the long-term legacy of the London 2012 Olympic Games. The Portal Trust is proud to play a small part in helping to achieve this endeavour; a new cultural and educational quarter in east London.

Richard Foley, Chief Executive of The Portal Trust, said, "On behalf of all at The Portal Trust, we are honoured to witness this significant milestone in London College of Fashion's history. Having worked closely with the college for over a decade now, we are delighted to support this outstanding new development which will benefit so many young people in ast London and beyond." 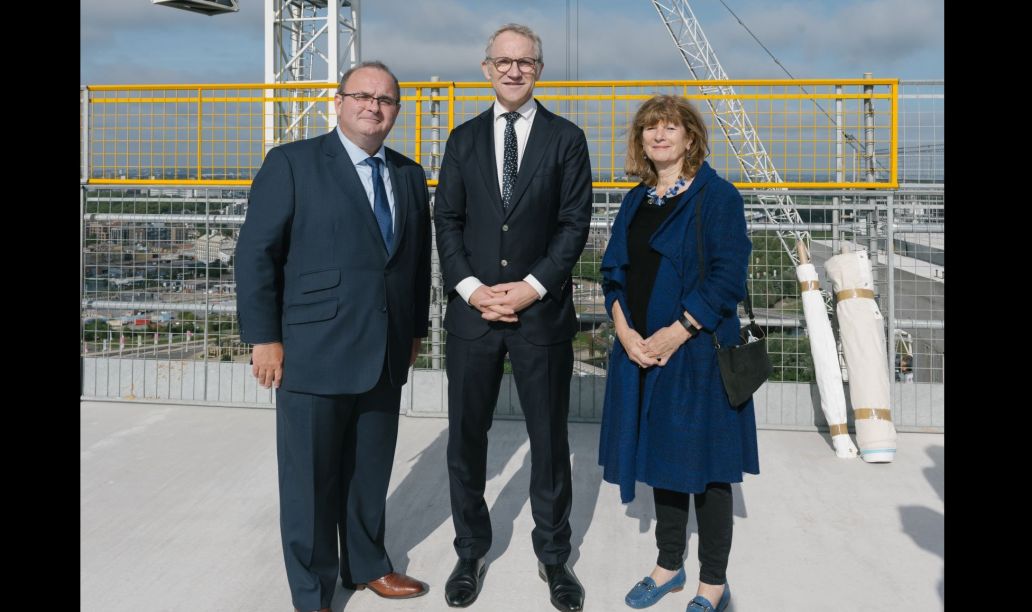 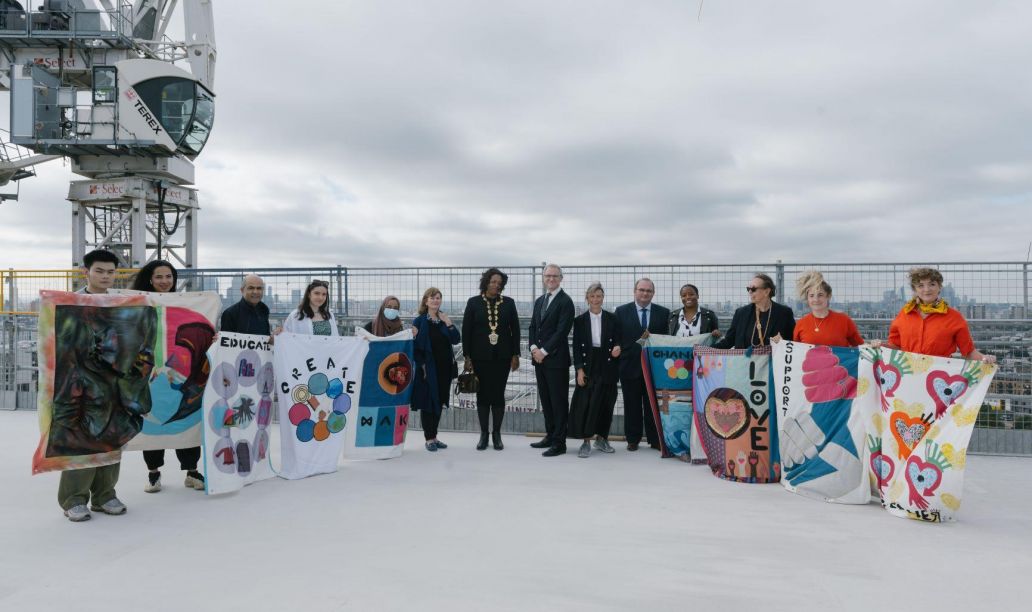