Our Governors come from a wide range of backgrounds and draw upon their experiences in education, finance, legal services and more. Our day to day work is managed by a small, dedicated staff team. 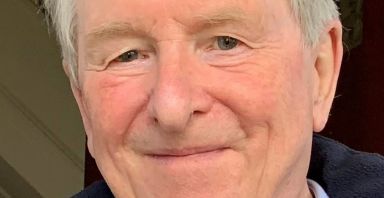 John Hall’s work in research and teaching has been closely focused on London and its changing social conditions. Initially a geography lecturer at Queen Mary, University of London, he later returned to education as regional director for Aimhigher in London based at the UCL Institute of Education, and worked with London First and London Higher. In between he was Secretary (chief executive) of the London Boroughs Association (now London Councils) and was seconded to the former Government Office for London. He sits on the Aldgate & Allhallows Foundation board, of which he was chairman.

He is excited by the opportunities for The Portal Trust to refresh its mission with London’s young people, while recognizing the service given by so many people, including the former governors and staff of the charity, to the schools, institutions and beneficiaries of the predecessor Sir John Cass’s Foundation. 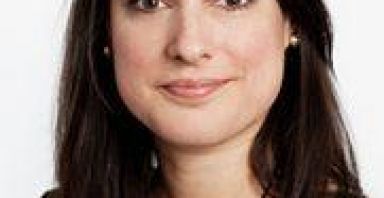 Deputy Chairman and Chairman of Grants

Sophie is a Common Councilman for the City of London, first elected in 2009 and holds the position of Deputy Chairman for Licensing. For her day job she currently works for a global technology company and has previously worked for a global fund manager; communications agencies; in the Policy Unit of the Institute of Directors; and for an executive search firm in New York. Educated at her local state schools in Hayes and Hillingdon, Sophie read American Studies at Brunel University before completing a Masters in International Political Economy at the University of Leeds. Outside of professional life, Sophie has held positions as Chairman of Finance for a local authority school, and as a Governor for both the City of London and Christ Hospital schools, as well as a trustee for the independent charitable trust, Trust for London. She is also currently a Non-Executive Director for the Ulysses Trust. 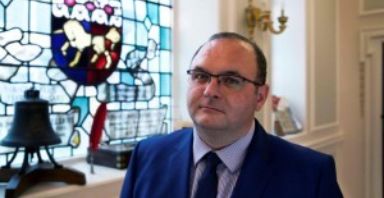 Richard is the Chief Executive of The Portal Trust and provides strategic leadership for the long term management of its endowment, investments and focus of its grant making. He is also Chief Executive of the Aldgate & Allhallows Foundation. Richard has a Master’s degree in Management from the Cass Business School; he is a member of the Court of City, University of London; Vice- Chairman of the Box Clever Theatre Company; a Board Member of the Tower Hamlets EBP; a member of the London College of Fashion’s Making for Change (Social Enterprise) Advisory Board and adviser to the Schools Funding Network. Richard received the Freedom of the City of London in 2002 and is a Liveryman of the Worshipful Company of Educators.

John joined the Trust in 2015. He holds Institution of Occupational Safety and Health certificates in safety and building management and NVQs in customer care, property maintenance and cleaning. He has a long association with the trust as he managed the Sir John Cass’s Foundation Primary School (Now the Aldgate School) site for fourteen years.

John is the Assistant District Commissioner for Westminster Scouts; Assistant Group Scout leader for the 1st City of London Scout Group and District Advisor on safeguarding for four London boroughs. He is also on the council of the London Children’s Flower Society and has been Treasurer for a local community gardening group in the City of London. His hobbies include beekeeping, military re-enactment, reading, gardening, as well as being a certified Horticulturist & Arboriculturist.

John was installed as a Liveryman of the Worshipful Company of Gardeners by the Master of the Company, Margaret Holland Prior JP on the 5th July 2018. 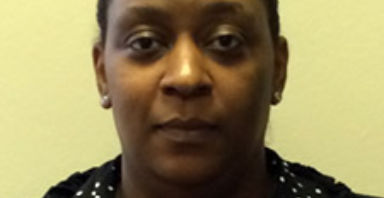 Fedinia is the Finance Officer and has worked at the Trust since 2004. She is currently studying towards the Association of Chartered Certified Accountants (ACCA) qualification after which she intends to qualify as a chartered accountant. Fedinia is a mother to 4 sons, and in her spare time she enjoys reading, taking part in quizzes and listening to music. 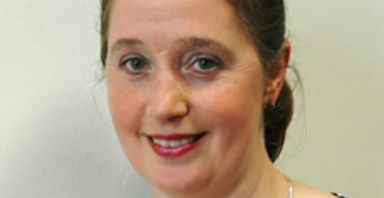 Jane is one of the longest serving members of staff at The Portal Trust. Jane is the Grants and Events Officer and also supports and helps out with organising events which we have each year, including our annual Lecture. Jane also assists in the processing and the administration of our grants. In 2013 she achieved NVQ Level 4 in Business and Administration. 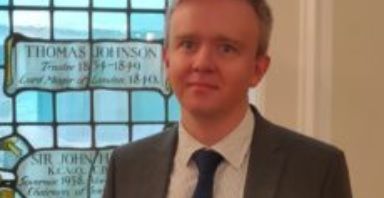 John joined the Trust in 2019. He took a degree in Modern History and since then has specialised in charity governance and management, previously holding senior positions at the Magistrates’ Association and the British Society of Gastroenterology.

John is active in voluntary service in London. He helps at a homelessness outreach project in Soho, and since 2014 he has been a trustee of the London Community Land Trust, which provides an innovative model of affordable home ownership.

He is also a Governor for a primary school in Tower Hamlets, where he chairs the Finance Committee. 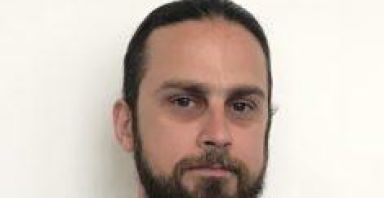 Lee joined the Trust as a Grants Officer in June 2018 and was promoted to the position of Senior Grants Officer in September 2019. He took his undergraduate Psychology degree at London South Bank University before moving on to BPP where he studied for the Graduate Diploma in Law. He has worked in the charitable sector for the past nine years, with a focus on prisoner welfare and education. He is experienced in bookkeeping and administration and his hobbies include reading and travel. 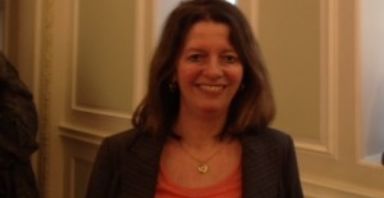 PA to the Chief Executive/Chairman and Board Events Officer

Anne joined the Trust at the end of February 2016. Anne has worked as a PA/Secretary for many years in the insurance industry and in pensions administration. She has a NVQ Level 3 Legal Secretaries Diploma and has recently obtained Certificates in Word, Excel, PowerPoint, Outlook and Publisher. Anne has liaised with pension scheme trustees with regard to preparing agendas, minutes and various meeting papers for trustee meetings. Anne’s hobbies include travelling, socialising, playing an acoustic guitar and reading. 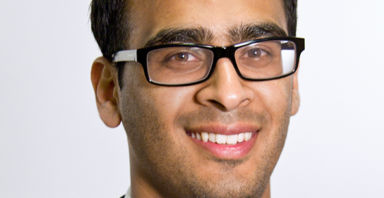 Sarwar is a solicitor and currently Group General Counsel & UK Company Secretary of a global company. Motivated by a desire to give back, he is passionate about the power of education to transform lives. Sarwar previously served as a Global Fellow of the Prime Minister, as well as a Governor at the London School of Economics, where he read Law as an undergraduate. Sarwar holds an MBA from BPP Business School. 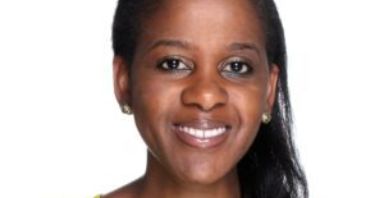 Ratidzo Starkey is a Member of the Secretariat for the Financial Stability Board. She leads on the FSB’s communications and public relations and is based in Basel, Switzerland. Prior to moving to Switzerland, Ratidzo was Head of Outreach and Education at the Bank of England, responsible for driving the Bank of England’s public engagement activities, the development of the Bank’s education programme and the Bank’s Museum. Ratidzo also worked on the Covid Corporate Financing Facility, leading the Bank of England’s support for businesses during the COVID-19 crisis.

Ratidzo was born and attended school in East London. She began her career at the Bank of England before moving to the private sector where she worked as an Economist in a number of risk functions at Barclays Capital and Lloyds Banking Group. She has a BSc (Hons) in Economics and Finance from the University of York and an MSc in Finance, Economics and Econometrics from Cass Business School.

As a previous recipient of a Sir John Cass’s Foundation Scholarship, Ratidzo is a strong proponent of educational equity and social mobility. She was co-chair of the Bank of England’s Ethnic Minority Network and is also a school governor 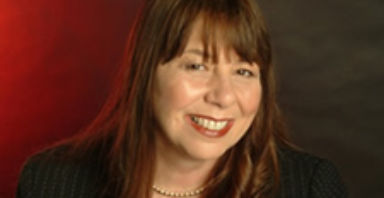 Jenny Moseley was Assistant Vice President of the National Geographic Society with responsibility for marketing the Society’s products, including National Geographic Magazine, across Europe. She is also an experienced fundraiser, working for a number of national charities as a direct marketing consultant. She has been Chairman of the Direct Marketing Association UK and a Vice President of the Federation of European Direct and Digital Marketing. Jenny’s current career is as Director of permission marketing data protection consultancy, Opt-4. 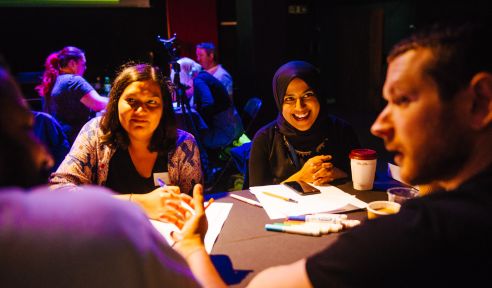 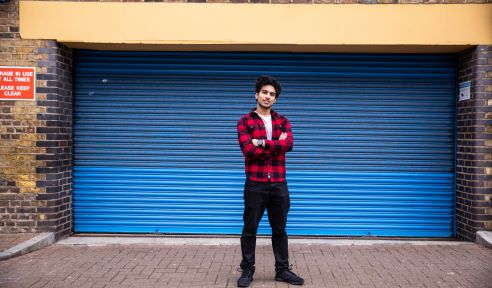